The World in a Book: Al-Nuwayri and the Islamic Encyclopedic Tradition by Elias Muhanna 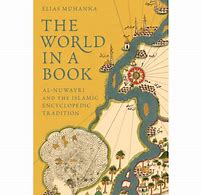 If you are a bookish-minded person with an interest in Middle Eastern history and culture, you might likely find The World in a Book: al-Nuwayri and the Islamic Encyclopedic Tradition (Princeton, 2018), to be a good introduction to the medieval concept of adab (i.e., wide ranging literary works reflective of the author/compiler’s cultural cred).  We are fortunate that  the Shihab al-Din al-Nuwayri the enormous work that is the subject of this study, compiled in thirty-one volumes in the early 14th century, survived intact so that a modern edition, published over many years (alas, seemingly only in Arabic), could be prepared in the twentieth century.  Al-Nuwayri, an official of the Mamluk court, whose duties largely had to do with financial and real estate management for the sultan al-Nasir Muhammad, decided at the end of his career to embark on an enterprise not uncommon to cultured members of high Islamic society, the preparation of a vast compendium of universal knowledge encompassing natural history (zoology, astronomy and the like), history (secular and religious, although the distinction was not likely made), instructions for court officials (particularly scribes) and whatever else piqued his interest.


In addition to preparing this study, Elias Muhanna is also the translator of the only English edition of the original text, translated as The Ultimate Ambition in the Arts of Erudition, a volume in the Penguin Classics series published in 2016.  I won’t go into that edition too much except to say that, for most, the introduction to that work is quite adequate in introducing al-Nuwayri’s work, without the scholarly apparatus.  I’m delighted that this translation has been made, and the selection is interesting enough (the other night I read several selections relating to the Islamic version of the story of Adam and Eve), but when you consider that this is the winnowing down of a thirty-one volume work, it seems quite inadequate, and I believe that it would have benefitted from an enlargement with a taste of some of the more esoteric selections.  But then, this is my issue with other works of this sort, such as the Pliny’s Natural History, also published by Penguin (among other editions).  I have a personal animus towards abridgements (although there’s no way in hell I would have ever gotten through al-Nuwayri’s work anyway, it would be comforting to know that it’s there).


For The World in a Book, Muhanna has prepared a study that seems to be aimed more towards the scholar than the general reader.  Clearly well researched, Muhanna tends to write in an academic vernacular that can be grating (elide? [p.108], really?).  I’ve heard him on a podcast, and he seems to speak this way too.  Further, he seems more often than not inclined to pass off to future scholars questions that require a bit deeper consideration.  Still, for a committed biblio-enthusiast, this is an absorbing study that digs into the origins and context of a fascinating and forgotten work.  If you share my interest in Middle Eastern/Islamic history and thought, I’d say this is well worth reading.