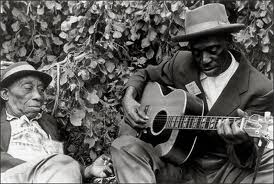 "This world is fulla people seekin' the advantage of other people...Now this type of person don't care about anything, and the least thing he get, he'll make out with it. He don't have no sympathy for those that are tryin' to do right and be honest. You go to Dallas, Texas - there's a place where you can pay fifty cents and see anything you want. Some guys there would sell their brothers. Crimes against nature: make you sick to your stomach.

I never did seek for those things, but it's a good idea sometimes to experience things because heaps of times everybody ain't gonna tell you exactly how things are. You might think or say 'Aw, I don't believe that humans would do things like that.' Well, you take your fifty cents then you go there and you'll see things you may not think are existing in the world."

Skip James,
quoted in Giles Oakley,
The Devil's Music: A History of the Blues 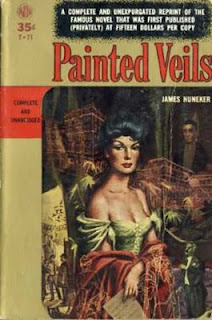 I happen to think that one of the worst things an author can do in a novel is to constantly remind his or her readers of books that a) are much better than the one that they have written, and b) they really ought to be reading instead. James Huneker’s decadent American novel, an attempt to bring the fin de siècle sensibilities of Paris to Manhattan is at bottom a rather melodramatic morality play. It is the story of Ulick Invern, the Paris-born son of an Irish drunk who, thanks to his maternal grandfather’s money, has managed to secure a place for himself on the outskirts of New York society, while not neglecting his studies of Baudelaire and Huysmans and the practical application of Baudelairean aesthetic theory in his field work among the demimonde . (To be fair, the pursuit of whores seems to be the boy’s greatest vice – he neither smokes nor drinks - and Huneker doesn’t quite convince me that he even engages in this particular vice wholeheartedly. Honestly, for a rakish protagonist, he’s a bit of a windbag.)

The apparent catalyst for the novel is the appearance, subsequent long absence, and reappearance of a naturally gifted soprano from Virginia, Miss Esther Brandes (who calls herself Easter, and who takes the professional name Ishtar, and who much later comes to be known as Dame Lucifer – but I’m getting ahead of myself). It appears that Easter and Ulick have had some previous acquaintance, having gotten swept up into the company of some sort of Negro temperance cult known as The Holy Yowlers (or rather, “De Holy Yowlers” - Huneker employs all the stereotypes of his age, down to the rolling eyes and blubbery lips). Of course, the leader of this little revival, one Brother Rainbow, gathers his sheep into a tent, blows out the candles, and an orgy ensues. When Easter and Ulick meet up again, their relationship is colored by their recollections of who may have bumped into whom, accidentally on purpose, when the joint went dark and the night was rent with animalistic cries of pain and ecstasy. Woo Hoo!

Most of the novel takes place without Easter. Ulick, in her absence, has to contend with his growing feelings for the sister of his seminarian friend Milt, an independent but sweet girl with a strong mother instinct which creepily manifests itself in the form of imaginary children and a large doll with whom she shares her bed. There is also, to round out the cast, a rich jackass with a loud checkered suit and slicked back hair (or so I imagine him) who keeps showing up to make an ass of himself, a sort of sexually ambiguous friend who moves the story along with his catty gossip, and a nicely stacked prostitute. 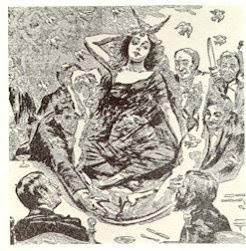 Well, I won’t go into a lot more details. I’ll just say that there is a lot of decadent intellectualizing in the pages that follow, most of it coming from Ulick (who has the unfortunate tendency to sort of “go off” on extended flights of aphoristic fancy, none of which are worth quoting, but many of which revolve around sex and a highly romanticized view of bodily excretions) but also, for the sake of some kind of balance, from his friend Milt the seminary student, who tries his damndest to throw a wet blanket on all the fun by quoting Thomas a Kempis. Aside from the whore-mongering, the best bits involve an elaborate orgy (Yes! Another one!) staged for the benefit of a select crew of young bucks. As a matter of fact, Mr. Hunecker, as if to prove that he isn’t just some staid ol’ music critic, tries with all his faint might to shock his 1920 audience. For a while, I was afraid there wouldn’t be any homosexuality, but he managed to get a whiff of lesbianism in just before the closing pages. 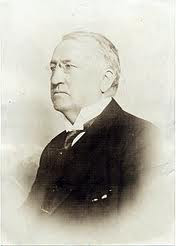 I’ve noted that Mr. Huneker had previously issued a work entitled Egoists: A Book of Supermen, in which he interprets for his American audience all the most exciting intellectual celebrities of 19th century Europe: Stendhal, Baudelaire, Nietzsche, Ibsen, Huysmans, Wagner, Anatole France, Bernard Shaw, Flaubert, Barres (whoever the hell he is). He manages to name drop most of these figures into this book. I can’t fault his enthusiasm for at least some of those then-electrifying figures, but as a philosophical novel, Painted Veils is a bit of a dud.